The Push Comedy Theater's Hottest Show is Back... with a Twist.

Get ready for the Unusual Suspects: A Murder Mystery Tour.

There's been a murder in the NEON District and you will follow a crack detective around the NEON as he searches for the killer. But will you be an assistant... or a suspect?

This event is outdoors and socially distanced, with the audience limited to only 40 people.

The Push Comedy Theater is teaming with Commune and La Brioche to make this a totally immersive show.

Commune and La Brioche with also be offering themed, adult beverages for purchase.

Don't miss the Unusual Suspects: A Murder Mystery Tour. It's all the Push Comedy craziness you love... but outdoors, socially distanced and completely unforgettable. 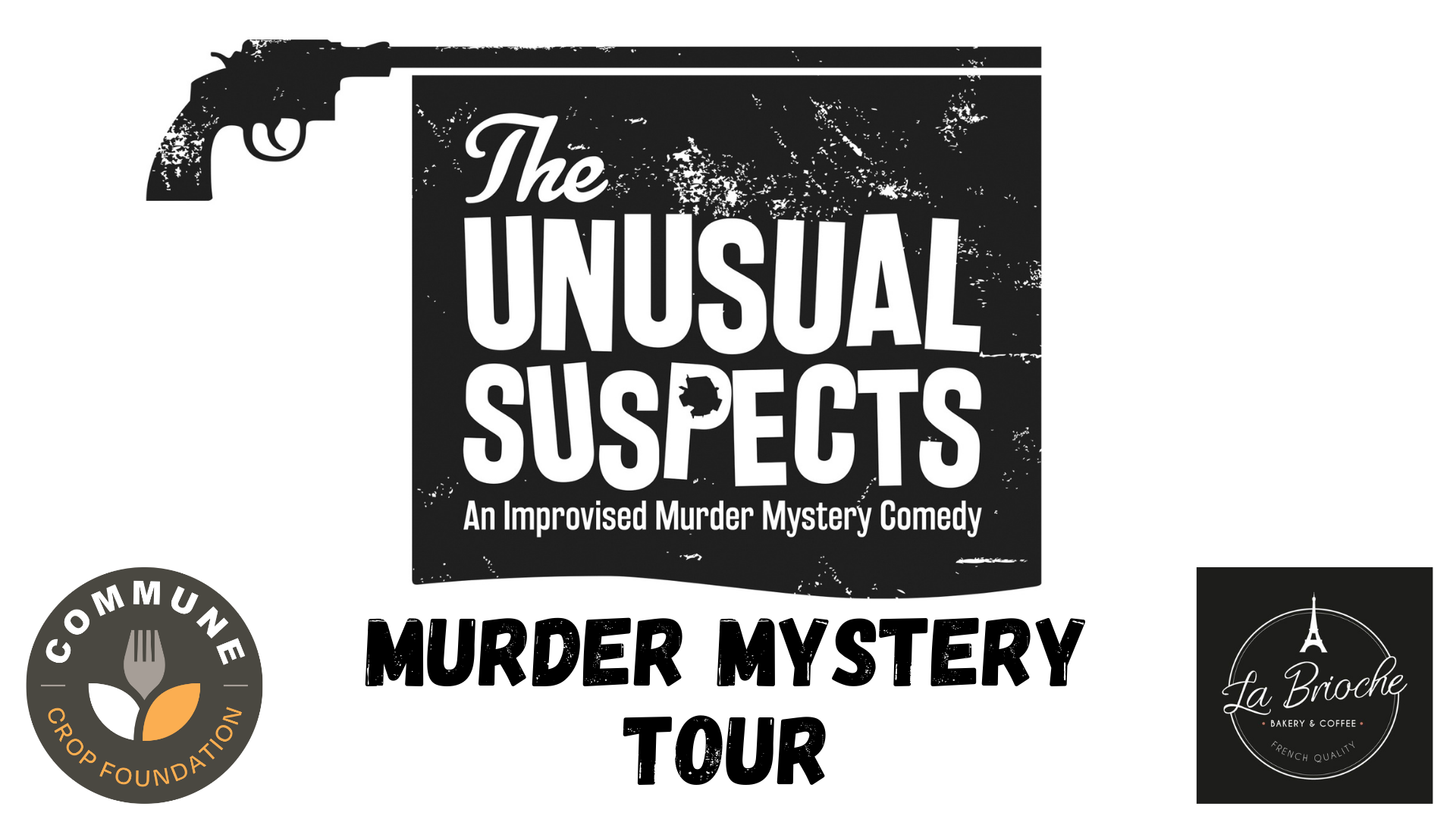