Propelled by his gift for drenching real lyrics in rich emotion, Toosii has proven himself to be one of rap’s most relatable rising stars. The Syracuse-born, Raleigh-based MC born Nau’Jour Grainger tells jarringly honest tales of street life and lost love, letting us follow along as he details his journey from a lost kid surrounded by tragedy to a national sensation full of promise. His unique perspective and tireless work ethic earned him a deal with South Coast Music Group and Capitol Records, after which Toosii dropped two career-defining records in a matter of a few months. February 2020’s Platinum Heart and September’s Poetic Pain found Toosii exploring his immersive blend of R&B and rap, effortlessly blending catchy melodies with an ability to—to put it bluntly—rap his ass off. Though he established himself as one of rap’s hottest young MCs in 2020, he emerged in 2021 with a simple goal: “I want to get even better,” he explains. “Right now, I’m the rookie of the year. I’m aiming for all-time status.”

That now feels imminent with the release of Thank You for Believing, Toosii’s first project of 2021. The album opens with “In My Eyes,” an introspective track that finds him tapping into his most technically expressive delivery to date. The haters have him feeling down, but another night in the booth pushes them back again: “I was built off the hate, but I can’t take no more / I can’t fake no more.” Because while Thank You for Believing is certainly indebted to those who helped him become a star—his mom, his label, his musical peers, the fans—it is, more pressingly, a thank you to those who didn’t believe. Everyone who tried to squash the dream, only to fuel the fire.

Toosii moved to North Carolina as a teenager, and his work ethic was informed by watching his mother grind to keep him and his siblings out of trouble. “My mom is a real hard worker. That's where my hustle comes from. She taught me to never quit,” he says. He started making noise on the web in 2017 thanks to his breakthrough EP, Why Not Now. Songs like “For the Family,” “On My Ass,” and “Pain” chronicled his struggles to get off the streets and into the studio. They also set up his 2019 SCMG debut, Who Dat, which built on those themes while introducing the playful side of his style we now associate with the young star. Toosii’s always made room on his records for both the good times and the bad, the glow-up and the dark days that came before.

Across his 2020 releases, and now with Thank You for Believing, Toosiii has doubled down on the honesty and raw emotion he exudes on the mic. When he’s reflecting on the mountains he had to climb to get here, or the rough childhood he survived, there’s still a side of Toosii that’s just glad to be here. That perspective infuses the new project, most clearly on “Back Together,” a downtempo love jam, and “5’5”, where he and Atlanta rapper Mulatto bask in the satisfaction of finding a new partner. His recent successes weighed heavy as he worked, but he realized that he simply needed to stay true to himself and his feelings. “I just wanted to make beautiful songs,” he said. “I don't care if I have five streams and one download, I just want to know that it's still a body of work, and at any point people can reach back to these songs and relate.”

Toosii’s music always feels careful and considered, which seems at odds with how productive he’s able to be. He made Thank You for Believing in about a month, and recorded “Shop” with DaBaby while the latter was in the middle of making his own 2021 hit “Masterpiece.” It’s a contagious, confident track that finds Toosii diving deep into his bag of tricks, playfully delivering one-liners, puns, and witty asides all while maintaining a rapid-fire delivery. He goes toe-to-toe with one of the hottest rappers alive, and shows that he belongs. He’s chameleonic in that way. “I take pride in being able to do everything,” Toosii says, but more than being limber—rapping or singing, in headphones or booming from arena speakers—it’s that whatever circumstance he's in, he can say something honest and true, distilling emotion and struggle and triumph into the work. “I want to do everything,” Toosii clarifies, “and I want to do it better than anyone else.” 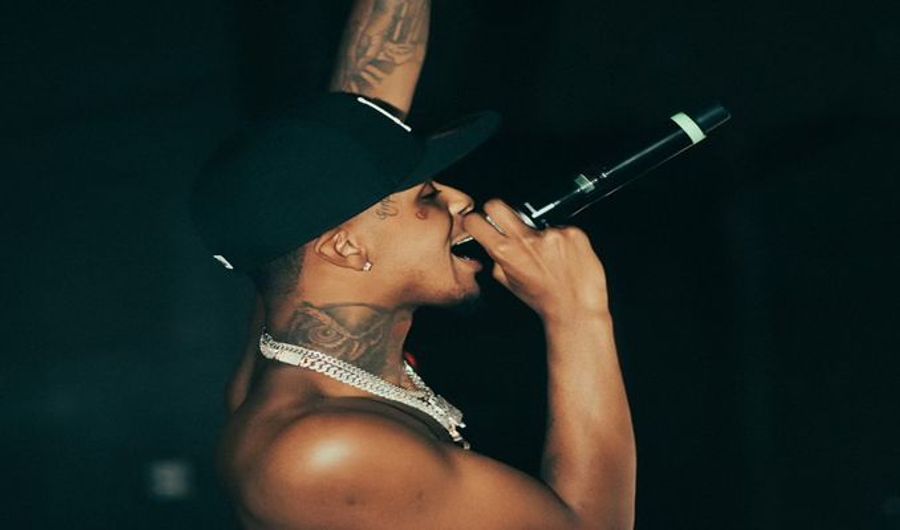