We Came As Romans

“Though we’ve grown as individuals, musicians, and as a band over the years, we have never changed the meaning behind what our band is, and if anything, on this record we found greater meaning and purpose in  the message we are trying to send to listeners,” explains We Came As Romans’ lyricist and guitarist  Joshua Moore, in  regards to the band’s musical evolution. “I think our fans will  really understand and see that once they hear the album.”

In March 20 3, the band  travelled to Los Angeles  to record the highly anticipated  followDup album, teaming up with renowned producer John Feldmann [The Used,Black Veil Brides, All Time Low].“It  was a true joy  to be included in Tracing Back Roots,”notes Feldmann. “We Came As Romans push the boundaries of what modern alternative music should be, while staying authentic to  their roots. One of the few new bands to keep true to their vision while developing as artists.”Moore adds, “It was  honestly a dream come true for the band to be working with John Feldmann, with him being so well respected and having produced some of our favorite CDs growing up. He brought this amazing new perspective to our group and really pushed me to step outside the box as a  writer. I truly believe that this next record is all of the best elements of what we have done so far in music, combined with where we want to go and the music we want to play going forward.”

The new album most notably showcases vocalist Dave Ste phens in a new light, with the incorporation of his clean singing for the first time ever. In addition to his signature powerful, yet articulate, screams, Stephens now also displays rich melodic tones and gritty textures, that perfectly  balances the soaring, smooth croons of co vocalist Kyle Pavone.Musically the album expands on the anthemic, inspiring quality of the band’s recently released single “Hope”, offering sweeping guitars interlaced with delicate synth interludes and explosive percussive elements. The resulting album is their catchiest and most universally relatable music to date. The haunting, intricate album artwork for Tracing Back Roots was illustrated by the incredibly talented Paul Romano [Chiodos, Mastodon], who also created the covers for the band’s two previous full lengths. Romano and We Came As Romans’ bassist Andrew Glass collaborated on the artistic direction of each cover, with the newest one incorporating and elaborating on elements within the first two covers. Glass explains, “The imagery is based on the idea of moving forward with the knowledge that we have learned about ourselves throughout the years, from the darkest to brightest times in life. It represents our continuous work towards transforming into the people we  want to be, while always remembering our roots that made us who we are.”

Tracing Back Roots will be released around the world through partnerships with Nuclear Blast  [Europe, South Africa, Russia], We Are Unified [Australia, New Zealand], Triple Vision Records [Japan] and through Equal Vision Records for North America and all remaining territories. We Came As Romans formed in 2005 and is comprised of Dave Stephens [vocals], Kyle Pavone [vocals], Joshua Moore [lyrics/guitar], Eric Choi [drums], Lou Cotton [guitar] and Andrew Glass  [bass]. The band has appeared on the covers of Alternative Press (twice) and Substream Music Press magazines, on the front pages of the NJ StarDLedger, Asbury Park Press, The( Aquarian( Weekly, and The( Metro (Detroit) newspapers, in exclusive features in Journeys stores and in Hot Topic’s backDtoDschool campaign, and appeared on RollingStone.com, Nikon.com, MTV Buzzworthy  Blog, Axe Body Spray Sites, and Sirius XM Liquid Metal. In addition to their unique sound and positive message, We Came As Romans has become well known for their impressive commitment to touring. In 2012 the band charged through extensive worldwide touring, including performances in the UK/Europe, Australia, the Philippines, Japan, Russia, North and South America and more, with the likes of The Used, Megadeth, NOFX, Parkway Drive, GWAR, Suicide Silence, August Burns Red, and The Devil Wears Prada. This summer, We Came As Romans will perform on the entirety of the 2013 Vans Warped Tour as a Main Stage artist – their second time on the full tour – with expansive stateside and international touring to follow throughout the fall and winter. 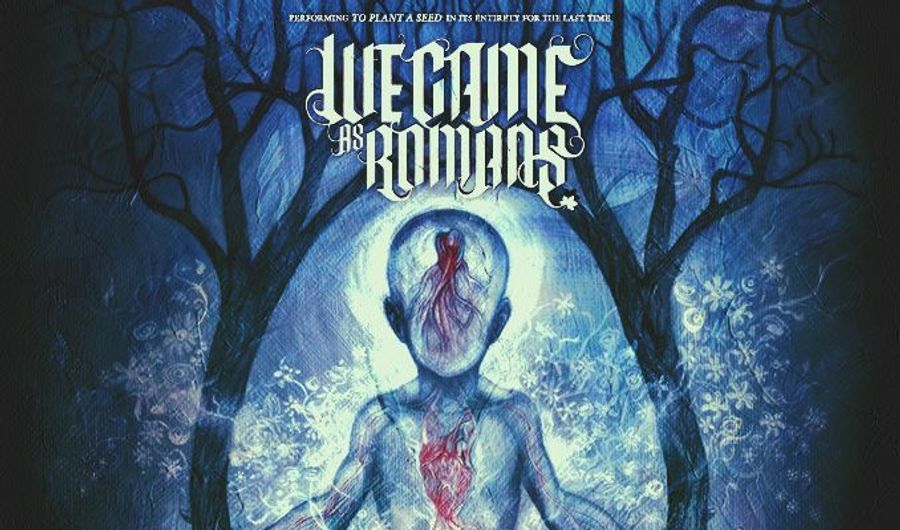