Zakir Hussain and Masters of Percussion

“Zakir Hussain, the peerless North Indian tabla player, favors an impish strain of virtuosity. He’s a fearsome technician but also a whimsical inventor, devoted to exuberant play. The blur of his fingers rivals the beat of a hummingbird’s wings.”
-The New York Times

Grammy Award winner Zakir Hussain has introduced the world to the tabla, the drum with a thousand voices. A national treasure in his native India, he is renowned for his genre-defying collaborations with such musicians as Yo-Yo Ma, Béla Fleck, Van Morrison, the Kodo Drummers and George Harrison, and choreographers Mark Morris and Rennie Harris. In this eagerly anticipated Virginia Arts Festival appearance, Hussain partners with Pezhham Akhavass on tombak and Iranian percussion, Marcus Gilmore on drums, and Abbos Kosimov on doyra and Uzbek percussion.

Playing in the footsteps of his illustrious father, Ustad Allarakha, who with Ravi Shankar introduced the glorious music of India to America, Zakir Hussain has acted as a musical bridge between his birth land and the rest of the world. To that end, every other year since 1996, he has served as curator, producer, and host in bringing the very cream of Indian music to tour America and Europe with his series Zakir Hussain and Masters of Percussion 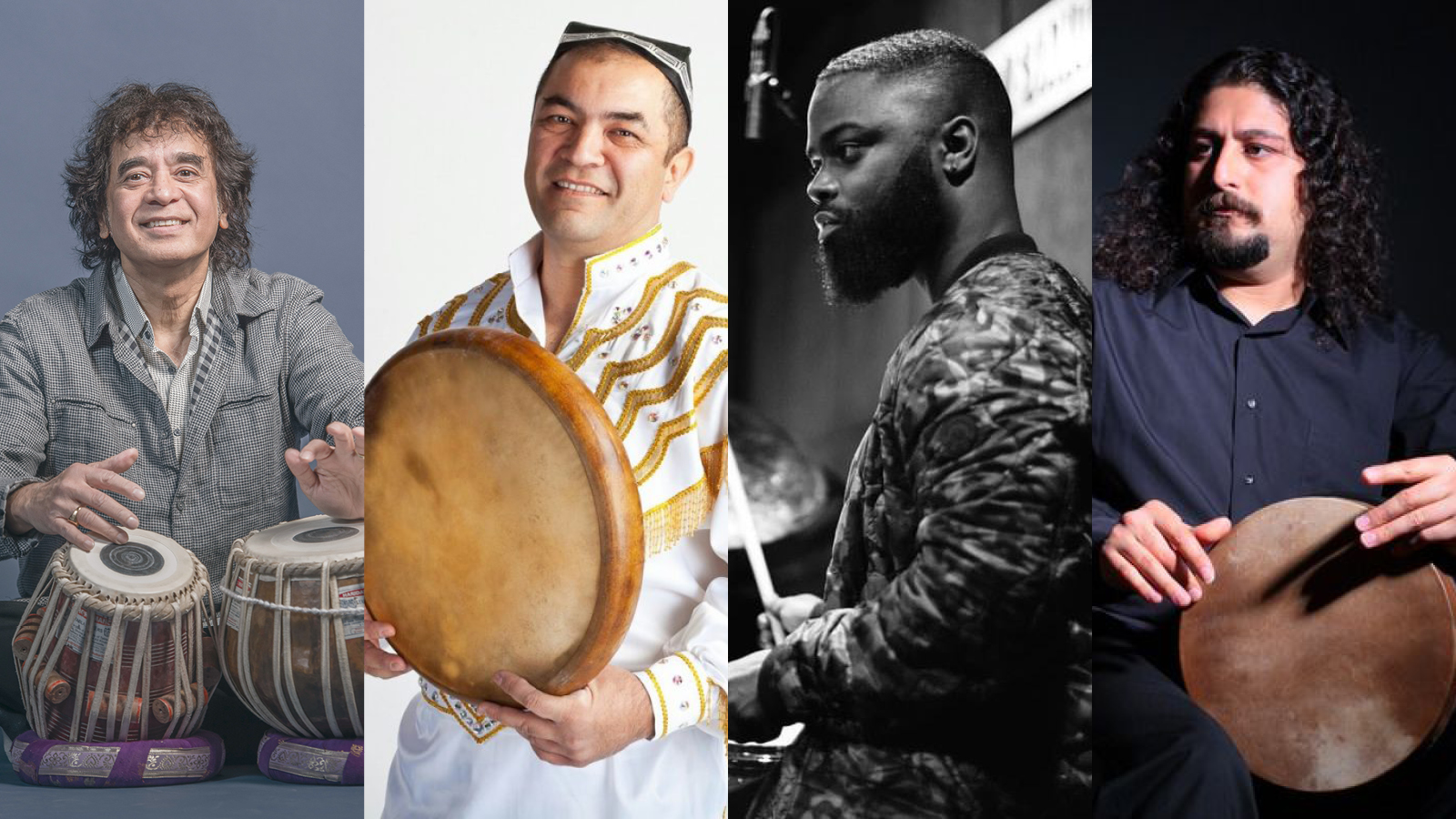