Formed in 2010 by childhood friends Evan Stephens Hall and drummer Zack Levine, Pinegrove have released four albums — Everything So Far, Cardinal, Skylight, and Marigold (2020) — to widespread critical acclaim, garnering them a growing and devoted listenership. They’ve described their sound as variously as ‘introspective party music’, or ‘energetic music in the folk tradition’; in any case, they have combined catharsis and inventive structures with irrepressible melodies, resonant lyrics and emotive twang. Zack describes Pinegrove as “a constellation of soulmates.” Zack and Evan have known each other for 26 years and been playing music together for 21, communicating via a “telepathic musical connection.” Nearly everyone they work with are friends and collaborators from way back. Their most recent release, a live album recorded at the band’s previous studio and home, Amperland, NY, features Evan, Zack, Josh Marre, Megan Benavente, Sam Skinner as well as appearances from Nandi Rose, Nick Levine, Michael Levine and Doug Hall. Sam also engineered and co-produced the record, as he has on every Pinegrove recording since 2015. 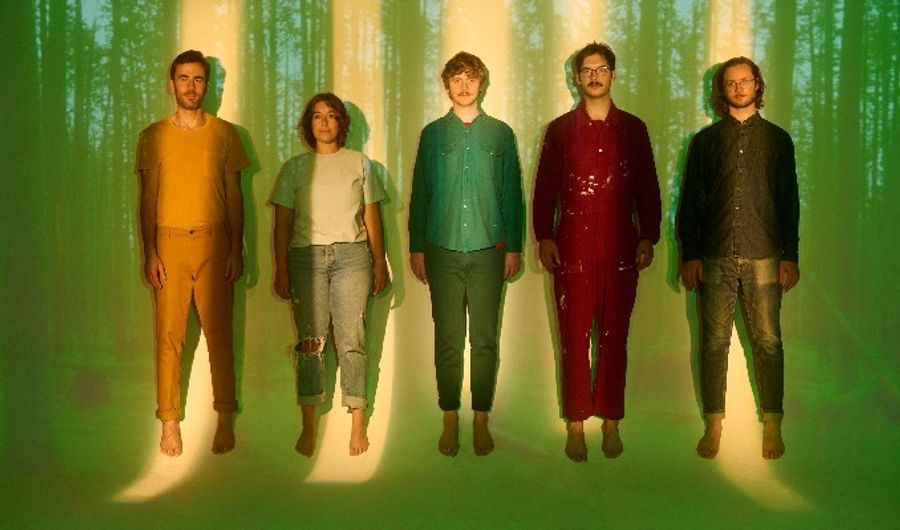