San Holo first got interested in music while driving around with his dad in their native Holland—but never envisioned himself as becoming an electronic music DJ. He developed an early affinity for guitar and punk rock—playing in bands at an early age—which led to him attending Codarts University of the Arts in Rotterdam for a music degree. And, while he went in to study the guitar, he couldn’t help sneaking into the production classes.

“I had so many ideas for making music and was getting tired of always looking for players to help fill the spots. I realized you are able to build entire songs around a laptop and that started my interest in production. I never walked into a club until my music started being noticed by people wanting me to DJ.”

In 2014, he took a friend’s advice and started adding his production skills to some classic hip hop songs, shapeshifting them into his own remixes and putting them up on YouTube.

He released his debut EP COSMOS on Heroic. Featuring anthemic singles “Fly” and “Hiding,” these tracks led fans to discover his re-working of Dre’s classic “The Next Episode”—which blew up on the blogosphere and SoundCloud community, launching San’s future in the process. The remix ended up garnering over 160 million YouTube streams, putting San on the map with his “Don’t Touch The Classics” series.

The release of his hypnotic single “We Rise” in early 2015 was another turning point, coming out on Nest HQ (OWSLA) and receiving Skrillex's praise and attention. Later in 2015, he established himself as being at the forefront of groundbreaking bass music through the release of his Victory EP with Monstercat and singles “IMISSU” and “Can’t Forget You” with Spinnin.

His sound began to translate to real demand—kickstarting his touring career, and a performance at the legendary Tomorrowland for the first time. It was during this time that San also made the pivotal decision to start his own label, bitbird (which would release “Light” a year later), co-founding the imprint with a friend he knew from his old rock band days and bringing on his manager as a partner.

As A&R of the creative record label, he’s established an acute ear for signing under the radar talent which has resulted in an evolving signature sound for the imprint, including discovering the talents of Taska Black and DROELOE.

“Producing is very different than playing live, but you have to work at it just as hard,” he says. “How to build your set and figuring out what people respond to. It’s very tempting to just feed the crowd whatever they want but you have to resist that. You have to find that balance between playing what they want to hear, and exposing them to some of the more experimental music that can open minds.”

Released in 2016, the track “Light” has hit over 100 million streams on Spotify—garnering traction and airplay throughout the global dance music ecosystem. Grateful and humbled by the groundswell of acclaim he is receiving for “Light” around the globe, San says the best is yet to come.

“I was blown away by the response because before “Light” my fan base had always been kind of underground SoundCloud fans,” he says. “But I feel it’s never about just structure when you are making music. It’s you crafting that signature sound, the magic and the harmonies you put
behind it that stays with people. I believe if you put on one of my tracks you will recognize within a minute that I produced it because of that.”

Carrying on through 2017, San Holo released the tracks “The Future” ft. James Vincent McMorrow, the smash hit “I Still See Your Face”—which landed San Holo his first top 40 record in The Netherlands and a performance on the #1 talk show in Netherlands, “DWDD”. San Holo has also recently released “One Thing,” The Trip EP.

In 2018, San focused on writing his debut album for the first quarter only stopping to release “Right Here, Right Now”—which featured a stellar music video based around an obsessive fan— in advance of San’s performance at Coachella. From there, San honed in on finishing up album1. Debut single “worthy / lift me from the ground” was released to critical acclaim in early August which kickstarted an intense eight-week roll-out culminating in the album’s release on September 21st. Following that San embarked on a nine-week North American headlining tour which will be followed by tours in Australia, Europe, and a return to North America spring 2019. 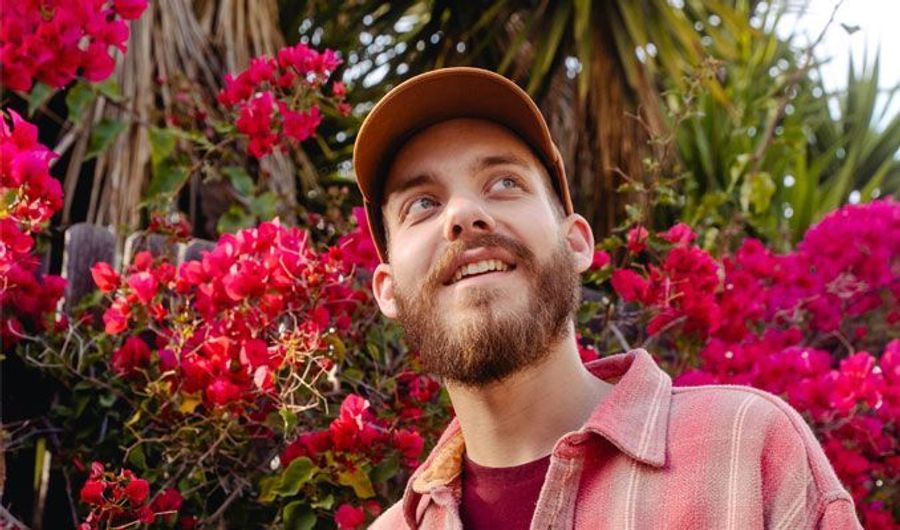